We've all heard about the 80/20 rule, and it applies to buying an airplane too. Applied to aircraft ownership, the rule means that you should purchase an aircraft for the type of missions that you'll actually fly, 80% of the time, rather than the occasional missions you hope to fly.

Avmkt recently sat down with Tyler Brown, Executive Director at Vermont Flight Academy to get some expert perspective on annual aircraft ownership costs.

Vermont Flight Academy, a flight school located in the Burlington, Vermont area, offers Part 61 and 141 training for nearly every certificate type. They also work with Vermont Technical college to provide flight training services in support of their 4-year Professional Pilot degree. The school operates a fleet of more than 12 aircraft as well as a number of advanced training devices.

Brown has been with Vermont Flight Academy for over 8 years. He is a licensed A&P and holds his Private Pilot Certificate. He is a graduate of the University of Vermont with a degree in Global Business and Finance.

What's the most important thing to consider when buying an aircraft?

According to Brown, “The least expensive part of owning an aircraft is actually buying it. It’s important that prospective owners know the long term costs before signing an aircraft purchase agreement”.

One of the best ways to realistically map out the true costs of buying and owning an aircraft is to see the numbers on a spreadsheet. Calculating the fixed and variable costs based on your anticipated utilization allows you to see the bigger picture before jumping in head first. Comparing different aircraft side by side will help you determine the best fit based on the missions you typically fly.

The annual costs of owning and operating an aircraft are typically broken down into two types: Fixed Costs and Variable or Direct costs. The biggest difference between the two types is that the fixed costs remain even if you never actually fly the aircraft.

Fixed costs include all of the things that you have to pay for whether or not your aircraft ever actually takes to the skies.

These items include expenses such as:

Variable costs are the costs that can be directly attributed to each hour you operate your aircraft. These include hourly expenses such as:

You don't necessarily have to pay all of these costs at the time that you fly but that you'll have to pay at some point.

As mentioned previously, you'll have to pay the annual fixed costs regardless of whether you actually fly an aircraft. These items don't change based on the number of hours you fly, unlike variable or direct costs which will increase or decrease with time of operation. If you fly fewer hours, your fuel, oil, engine reserve and propeller reserve expenses will be less.

Shared ownership can be enticing because the costs of owning and operating the aircraft can be divided among multiple parties. The terms “partnership” and “co-ownership” or “shared ownership” differ in their intent and arrangement.

A partnership involves purchasing and operating an aircraft for business purposes, and is much more complex than co-ownership.

Those looking to simply split the ownership of an aircraft between multiple parties would be considered co-owners. A co-ownership can be broken down into two types, tenancy in common and joint tenancy. The major difference between the arrangements involves how the stake in ownership is passed on once a co-owner dies. Tenants in common pass ownership to their heirs as specified in their will, while joint tenants pass their share to the other remaining joint tenants.

It is recommended that you speak with your attorney to set-up any partnership or co-ownership arrangements to discuss the full guidelines and regulations. This checklist from the AOPA will help you and your attorney put together a co-ownership agreement.

Buying an aircraft can seem like a complex process with a lot of room for error. By knowing your intentions and figuring out the long term costs, you can save yourself much headache after the purchase agreement is signed. Calculating your fixed and variable costs based on the missions you will actually fly puts you in a great position to make flying enjoyable. Whether you opt for single or shared ownership, keep Brown's quote in mind, "The least expensive part of owning an aircraft is actually buying it".

Want to learn more about our Aircraft Cost Calculator Tool and owning an aircraft? Visit our website and check out our other blog posts. 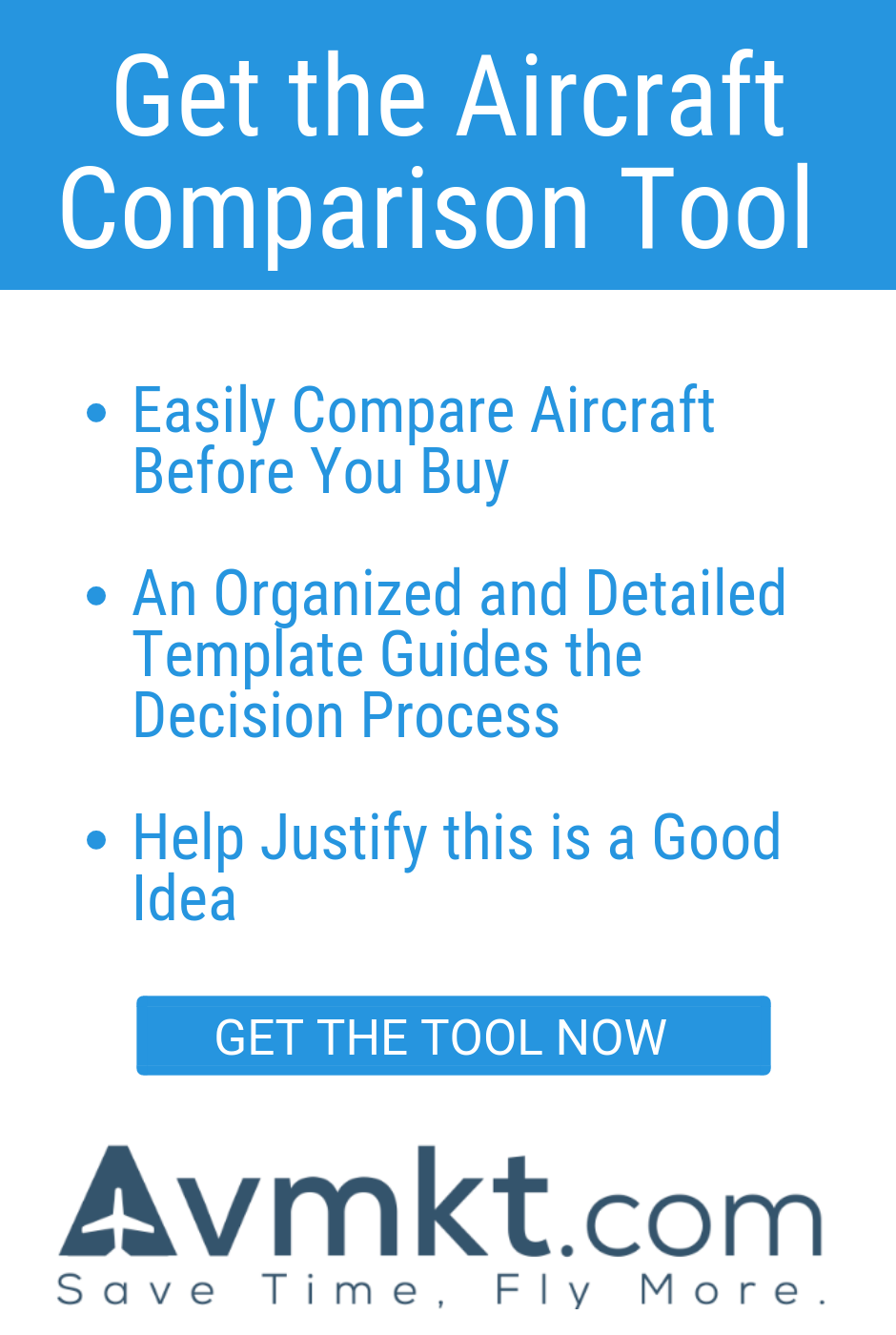 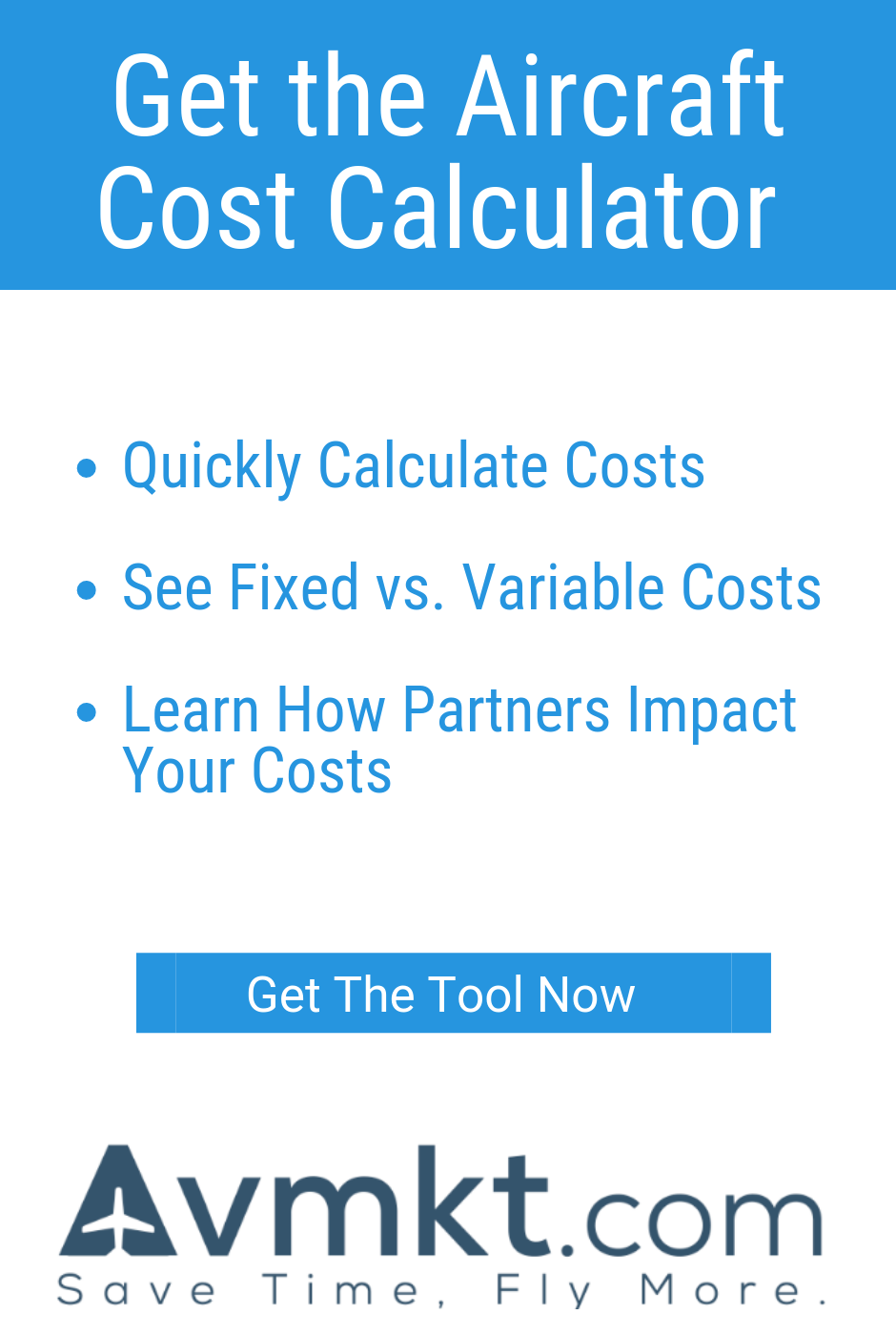